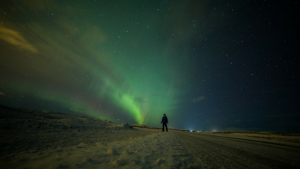 I'm about to share an ultra inspiring story with you. One I hope will help you if you are struggling to generate money in your business and bring in high paying clients.

First, let me ask you this…

Do you sometimes feel like you don't have enough money to succeed as a coach? That, if you had more money to grow your business, then you'd be able to attract more clients?

It's totally normal to have thoughts like this when you haven't figured out how to consistently bring in clients and revenue into your business.

What if I told you that having more money isn't always the answer to your problems?

Take this amazing story for example…

This is the story of the Leicester City Foxes in the English soccer league. At the beginning of the season, they were a team with zero star players. Everyone who was signed onto their team was overlooked by the big clubs (the ones with mega-budgets). To make matters worse, their newly-hired coach wasn't considered glamorous either, despite his earlier record of success.

The previous season, they'd barely survived the competition. They were lucky to still be playing in the 20 team league.

In fact, Leicester (pronounced Lester, by the way) was ranked by the British bookies as having a 5,000-1 shot at winning the league.

The odds were stacked against them.

To put this into perspective, you might remember unknown boxer Buster Douglas knocking out the seemingly invincible Iron Mike Tyson and shocking the world several years ago. The odds of that happening were 42-1.

They just did exactly that.

Over 36 games, they beat virtually every team they encountered and clinched the title with two games still to go.

And it wasn't just a one or two game fluke where they “got lucky.” They won their league because they were just THAT good. They kept on winning and no one could catch them.

How could this possibly have happened when so many of their rivals were literally hundreds of times “bigger” than they were?

It came down to great coaching … teamwork … and self-belief.

Leicester may have been a small club, but they didn't play that way. Their coach told them they could be the best, gave them a game plan that would work, and inspired them to train hard and play every game like champions.

And, so they did.

They didn't give into the statistics.

They shocked the soccer world like no one else. They may have just unleashed a new era in the sport where smaller teams can now truly dare to win big.

It's an incredible story.

One that I hope inspires you as you focus on these 3 big takeaways:

And now, they're the champions.

That's why I believe every coach who wants it can have a wildly successful business.

Because it's true: you don't need “big money” to make it big as a coach. Get the right guidance, have a great plan, do the inner work, and never give up.

Leicester City's success is another example of what's possible when you stack the odds in your favor, no matter what the odds look like on the outside.

Now I want to know…

How would you show up each day in your business if you knew your success was inevitable?

Let me know in the comments below.