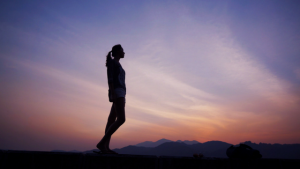 I was guilty of doing a lot of stupid stuff during the first years of my coaching business.

Most of it was because of all the bad advice I got on how to build and sustain a profitable coaching business.

The thing about not knowing something is that you usually end up paying for it big time while trying to figure it out.

Strategies have gotten better over the years, but I still see coaches making many of the same mistakes I used to make. I'm going to share 4 of those mistakes with you today. I consider them to be pretty big.

Pay close attention because these mistakes cost time, money and energy and have even caused some coaches to close their doors for good:

Mistake #1: Not Signing Up Clients for 6 Months To A Year.

Signing people up for your coaching without having them commit to at least 6 months to a year, puts you at risk. But, that's exactly what I did when I started my business. I would sign up clients on a month-to-month basis. What did that do to my income? It caused it to go up and down drastically.

Not only that, it’s also hard to have good success stories when you haven’t worked with someone long enough. It usually takes at the very least 3 months to start seeing any real significant change. By signing clients up for longer, you’re increasing your chances of having success stories.

Benefits of Avoiding This Mistake: You get better success stories and you remove yourself from financial traps.

Mistake #2: Not Having a Clear and Specific Market.

For years, I was just a “success” coach until after a few renditions, I became the coach that coached other coaches on how to get clients. Which one do you think brought me the most success? The one that was more specific, of course.

That's what I recommend you do too. Get really specific on your market.

Even though you can have success as a general coach, I believe you scale faster when you have a clear market that you talk to.

Just take a look at this example…

Benefits of Avoiding This Mistake: The more specific and clear you are about your market, the better your chances are of attracting the kind of people who will stick around and have the greatest success.

There was a time I used to coach my heart out during the intro session because I just knew that was the best way to get people to hire me.

Turns out that's one of the fastest ways not to get hired. I eventually realized that when I solved people's problems during the intro session, I wasn't giving them a reason to hire me.

During your intro session, it's best to unearth their problems, show them the “light at the end of the tunnel” and show them how you're the solution.

Benefits of Avoiding This Mistake: You leave potential clients wanting more and eager to hire you.

The last mistake I want to share with you is coaching people for free… I used to hear all the time in the early years that the best way to get better at coaching is to coach a bunch of people for free.

I don't believe that that's the best way to get good at coaching. You need to be getting paid something for your work.

Benefits of Avoiding This Mistake: You don't waste your time with people who may not get maximum results.

Now that you know 4 of the biggest mistakes coaches make, you can avoid them.

You'll notice your business becomes much more stable and scales a lot faster.

Leave a comment and share what mistakes you used to make in your coaching business that you no longer do.