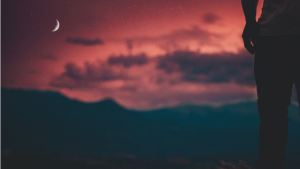 Have you ever heard the story of David and Goliath? It’s a story from the bible, but you don’t need to be religious to relate.

In a nutshell, it’s about a young boy named, David, who against all odds faced the giant, Goliath (who terrorized the area) and beat him. By all logic, the boy should’ve lost, but he believed in himself, stepped out on faith and did what not even the grown, strong men of the area could do.

What’s the Goliath in your life right now? Some of us have many. They can be people, obstacles, or sometimes our own thoughts keeping us from peace and blocking us from getting to what we want.

But when we decide to have what we want, work on our inner game, and never give up, we can achieve anything.

Something similar happened to me recently. I didn't fight a giant, but I did set out to do this friendly competition where I thought for sure that if a “certain” friend of mine was to enter, I probably wouldn’t give it my all because I’d lose. Well, he didn’t enter at first. So, I was going for it.

Long story short, I wanted to fall back, but I noticed that not only was I gaining headway, I was in the lead! Not really sure if I could beat him, (I mean he’s really good at what he does), I kept going.

Someone who by all logic, would’ve beat me, I actually ended up beating him.

This was a reminder for me not to be self-defeated and I want you to remember that too.

Life is full of obstacles that by all logic would seem impossible to overcome. But, just because it’s never been done before, doesn’t mean it can’t ever happen.

It only means it hasn’t happened yet.

The next time something comes up whether it’s a person, an obstacle, or your own thoughts that you want to get past, remember that you can do anything and I want to help.

I’ve outlined my best techniques for getting past obstacles, in my new book, Abundance Unleashed. I encourage you to get a copy. It’s a great companion to have on your way to higher success.